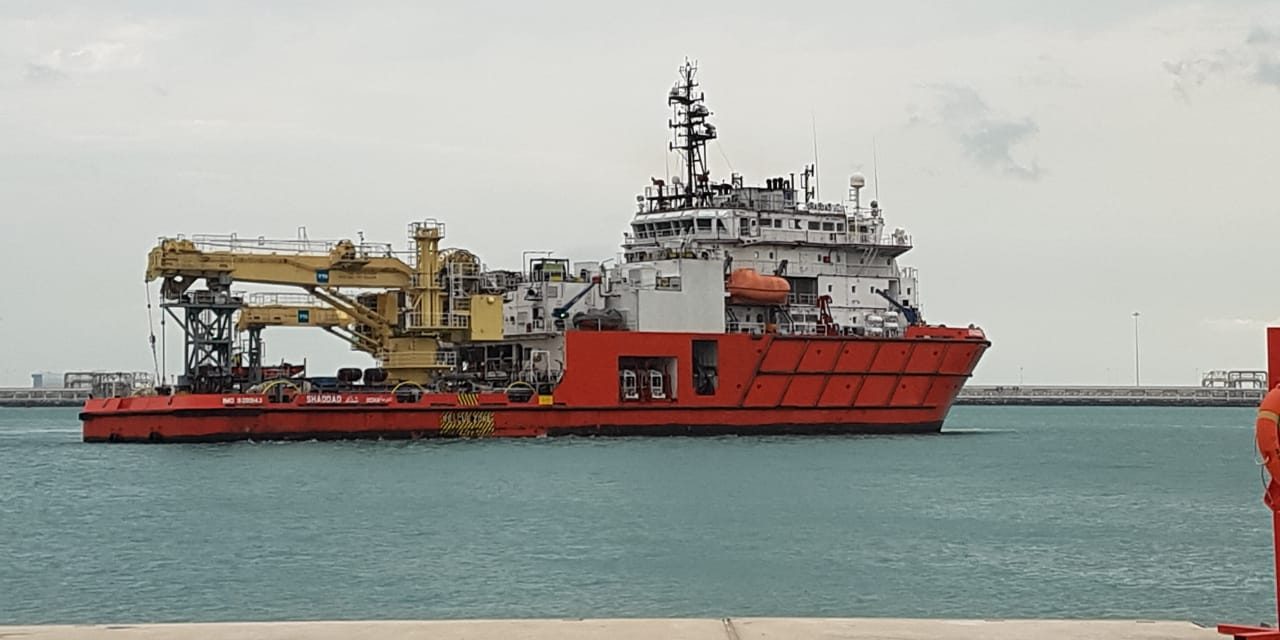 During the COVID-19 pandemic, many cruise ships and other vessels were out at sea and have had an arduous time being allowed back to port. Many divers are finding it a challenge to get back to their families. I had a brief chat with Quintin Snell, a Commercial Diver stranded on a Diving Vessel, The Shaddad, servicing the oilfields of Qatar. Quintin Snell is the husband of local Durban business owner Kate Snell.

How long have you been out at sea now?

Our trips are supposed to be 2 months, but I have been here 4 so far. Had rotations been normal, since I came back in February, I would have been home for my 4 weeks leave, and already be halfway through the next trip. 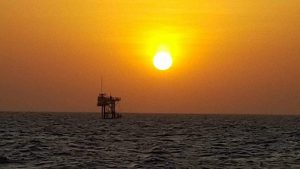 Morale isn’t fantastic, but we seem to have set into a state of stoic determination. Rumours and perceived dishonesty from the company don’t help. Unfortunately, as with many companies, they prefer to hold their cards close to their chest and don’t have the best track record when it comes to dealing with their divers and staff.

As a Diver, What challenges have you had?

For a period, there were limited repatriation flights for divers to South Africa. We don’t know how much was because of government restrictions and how much was due to the company dragging their feet due to the unavailability of replacements. One man has been stuck in the seaman’s mission for a week because of visa issues. I rode it out for the duration, being extremely grateful to be earning a salary during this insane time. I know of many offshore workers who are now in dire straits.

My personal challenge came around 3 weeks ago, my father went in for urgent heart surgery which resulted in a stroke. (Fortunately, he seems to be recovering well.) Due to this, knowing there were limited flights home.  I contacted the local SA embassy, trying to get myself put on the fly and quarantine list. Despite many attempts, I still await their response. I contacted their counterparts in South Africa, who directed me back to them. Still no response.

The routine would have been: Get my name on the list. Get assigned a flight and quarantine venue. Prove to the  Qatari ministry that I had valid travel arrangements. They would then issue a seaman’s visa to allow me back into Qatar, after a medical screening. (On the ship, they already consider us quarantined). I would be transported from the port directly to the airport and onto my flight. On arrival in Johannesburg, I would undergo two-week quarantine, then get a special permit to travel across provincial borders. None of that happened, because of poor embassy communication. Fortunately, my father seems to be doing fairly well, so there is no emergency to rush home to.

The next big challenge is the combined frustration of being stuck for so long, with no clue as to when you can leave, being powerless to change that fact, and being separated from my family for so long. Having worked offshore for almost 20 years, long before Kate and I got together, we are used to periods of separation, but this has been the longest so far, with no end in sight. Do you have enough food?

They have had some issues getting provisions to the ship, but that has affected the quality or variety of food, rather than the quantity. We aren’t going hungry.

Have you all been able to keep in touch with loved ones?

Communication is ok. I bought extra local data cards. They have since run out, and after repeated failed requests for more from the company, (I said I was happy to pay for them) I downloaded an app that is linked to pay pal which I used to buy more. The ship has WiFi, which while very limited, will usually allow WhatsApp text messages.

I could phone, but that chews a lot of data, so I stick to text and occasional voice notes, and use the saved data to receive videos and photos from Kate

One thing I have learned, or realised, is While I am hating this extended trip, it would be worse if I were home. There would be no way I could enjoy all that time off, knowing I couldn’t afford to pay the bond, school fees, utilities or groceries. We went through that in the last recession, and it is anything but pleasant. I also learned, with the right people in your life, even 8000 km apart, you can pull through almost anything. Are you drinking Champagne on a beer budget?