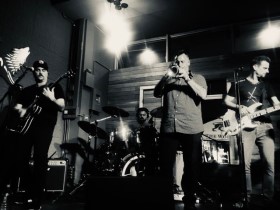 Martin Nel, of Coastal Radio SA, contacted me to please have a chat with Serrotone and do an interview and article with them. Then The COVID -19 lockdown happened, so I have had to connect and chat with them via all forms of social media.

Tell us a bit about your history.

Pete and James have written and performed as part of Spoonfeedas, a multi-charting SA group. James was the original Lead singer/songwriter until 2001 and Pete from 2002 onwards. “Cubic Inch” was formed a few years later by James, enjoying radio popularity. Between them, they have performed alongside artists like Metallica, Muse, Ronan Keating and Bryan Adams. Years later, having never officially met,

Pete and James bumped into each other at the local supermarket and conjured up a reunion of sorts. Things didn’t quite turn out as planned with the rest of the band but James and Pete decided there was some synergy and started working on a new project. They invited Billy, arguably SA’s foremost drummer, to join the band and so Serrotone was born. Billy has toured extensively with MIC in Holland and has played alongside many great South African and international musicians.

Tell us a bit about each member of the band.

What is unique with Serrotone is there are two lead singers but both with unique voices, James being the Baritone and Pete more of a Tenor.

Billy–Drummer, studied under Mark Temperato who is a well-known drummer from Avon New York.

Nick Ames, a highly accomplished trumpeter, occasionally accompanied them to add some brilliant brass elements to their sound. Nick has recently made a move to Cape Town.

Where does the name Serrotone come from?

Pete had this idea of giving the band a name that referred to a “Feel good drug” and we threw a few ideas around and thought of something to do with Serotonin, often referred to as the happy chemical. From there, it evolved into Serrotone, Serro referring to Serotonin and Tone referring to music.

What are your musical Influences? 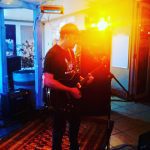 James – I have a very wide taste in music but I suppose my influence in songwriting has always come from the likes of Dave Matthews, Counting crows, Hootie and the Blowfish, Foo Fighters to name a few. When we recorded as Spoonfeedas at the 5fm studios for the “Showcased unearthed” compilation back in 2000 I was told I had a bit of Crash test dummies in me! 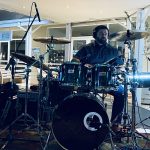 Billy – I have grown up listening to ToTo, Stryper, Dave Matthews, Sting and more recently John Mayer and Coldplay amongst many others but I have a great love of reggae and have driven this influence through on a few songs we perform. 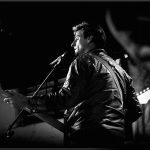 Pete – Pete has this Sting love affair which he pulls off extremely well but also has quite a diverse taste in music ranging from The Killers to U2 to Muse & Coldplay.

If you could change anything in the music industry what would it be?

We think it’s the way music has become so easily available through streaming, be it legal or illegal. The ability to download music without really having to pay for it has changed the music industry and hurts artists in the long run. Gone are the days of releasing albums and reaping the regards of your hard work. These days artists have to tour extensively to pay the bills. So changing this would be a big challenge, but it’s certainly food for thought……..perhaps an “Uber for music”

What are some challenges you have had to overcome as a band?

It’s always a huge challenge starting a new project, getting your name out there and gaining fans. You can leverage off previous achievements to an extent but it’s all about building a new brand and being accepted well enough to break into decent events etc. These days we’re creating our events with significant success.

Getting playlisted on Mainstream radio again is also an immense challenge but we’re embracing Online radio stations like Capital FM and Coastal Radio SA who are doing it for the love of music and support musos, it’s fantastic to see.

Where can we find your music online?

They dedicated their song Aeroplane Man to their friend Paul Cronje, who recently passed away after a lengthy battle with Cancer. He was very loved by those he left behind, only 50 years old and a Pilot for SAA.

Please support your local musicians by purchasing their music or hiring them for events once all the restaurants and pubs have opened up again! We look forward to seeing these guys live at an event but in the meantime, you can catch them on some local online Radio stations. Follow them on YouTube, Facebook, and Instagram. 5 May Events in Durban and KZN